Disclaimer: The directors, management and staff do not necessarily share or endorse the personal viewpoints and opinions of our writers, contributors and interviewees. That said, we sincerely hope you will enjoy our offerings. All rights reserved. Readers may contact Military Aviation Chronicles via e-mail: MilitaryAviationChronicles@Gmail.com 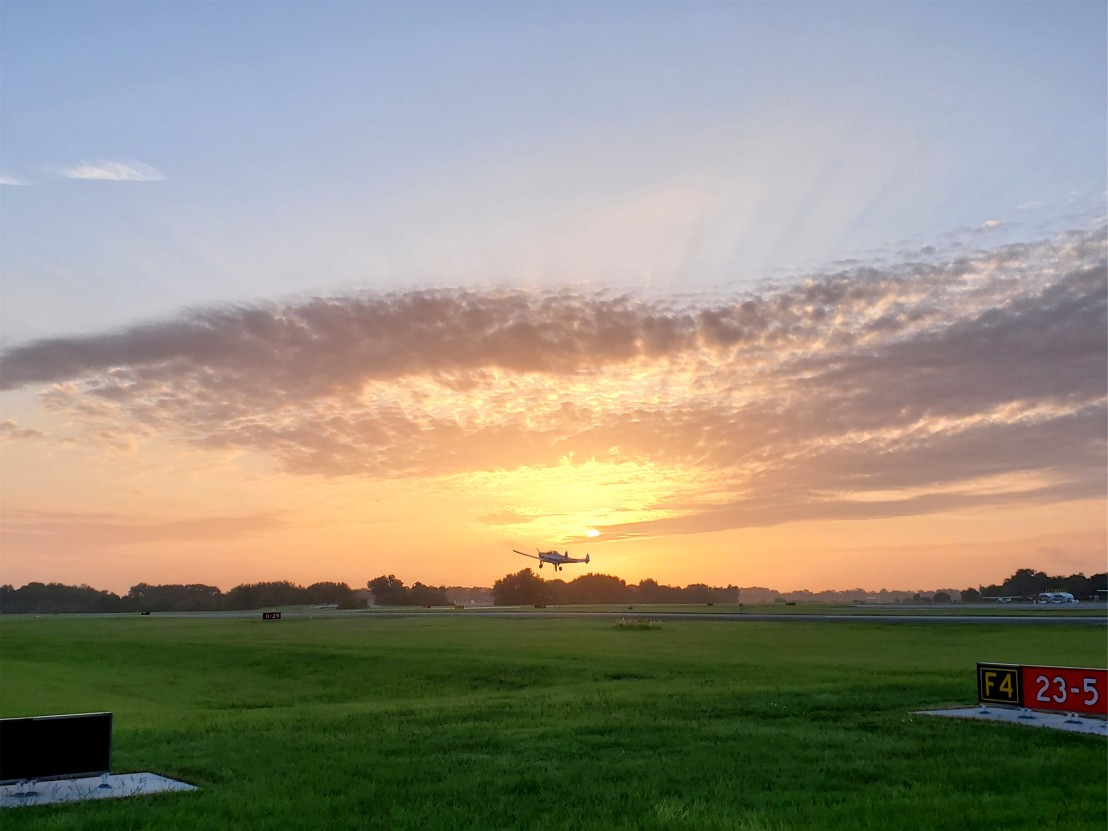 An ERCO Ercoupe takes wing just after sunrise in central Florida on the day (5 September 2020) many organisations are holding memorial ceremonies to note the end of the Second World War and simultaneously recall the sacrifices of Allied airmen and women. Ercoupes served on a limited basis with the Civil Air Patrol within the continental United States. These machines and their pilots undertook coastal anti-submarine patrol, communication, and liaison missions. Other Ercoupes were utilised in the Civilian Pilot Training Programme to provide basic flying training for thousands of future U.S. military aviators. Photo: Courtesy of Troy Heidel. 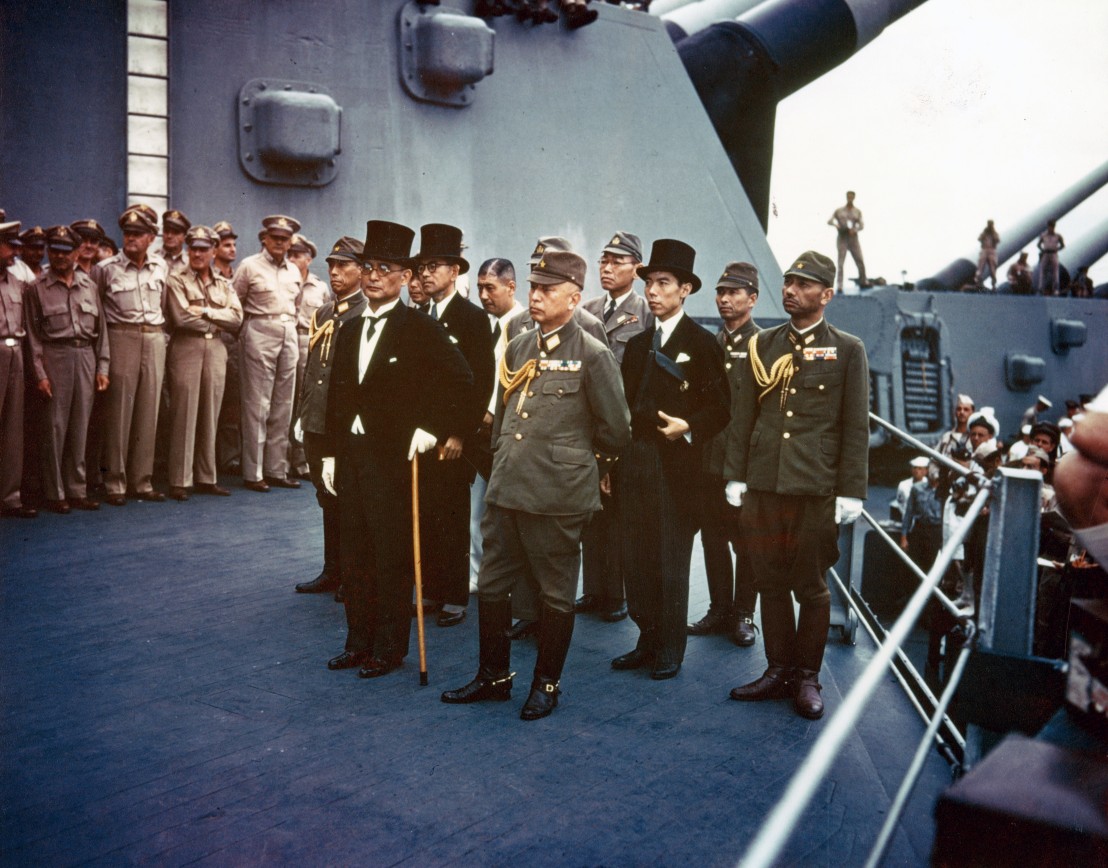 Above: Japanese representatives on board USS Missouri (BB-63) during the surrender ceremonies, 2 September 1945. Standing in front are: Foreign Minister Mamoru Shigemitsu (wearing top hat) and General Yoshijiro Umezu, Chief of the Army General Staff. Behind them are three representatives each of the Foreign Ministry, the Army and the Navy. They include, in middle row, left to right: Major General Yatsuji Nagai, Army; Katsuo Okazaki, Foreign Ministry; Rear Admiral Tadatoshi Tomioka, Navy; Toshikazu Kase, Foreign Ministry, and Lieutenant General Suichi Miyakazi, Army. In the the back row, left to right (not all are visible): Rear Admiral Ichiro Yokoyama, Navy; Saburo Ota, Foreign Ministry; Captain Katsuo Shiba, Navy, and Colonel Kaziyi Sugita, Army. (Identities those in second and third rows are from an annotated photograph in Naval History and Heritage Command files.) Photograph from the Army Signal Corps Collection in the U.S. National Archives.

Above: In Honour of 4th July 2020 (American Independence Day) 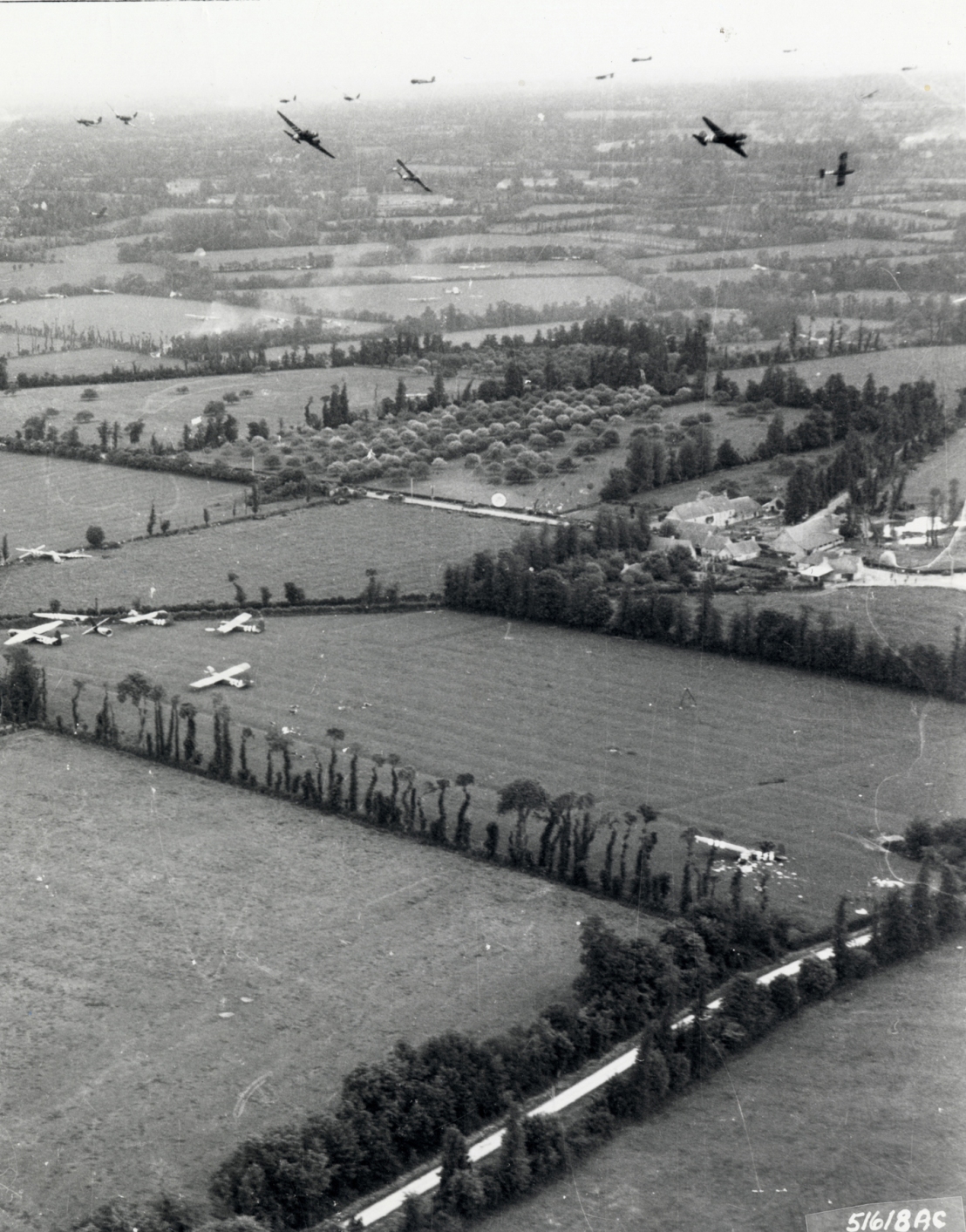 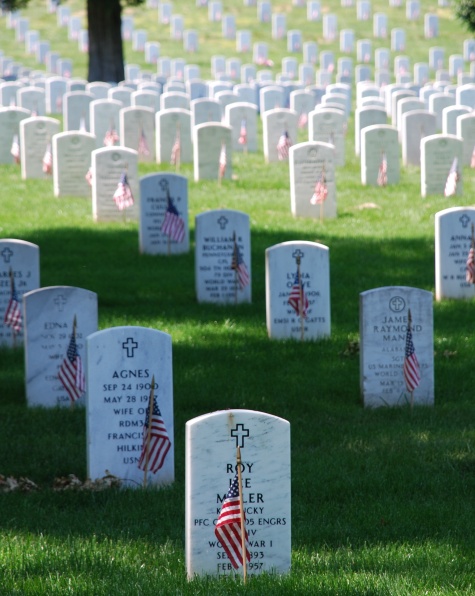 8th May 2020: The 75th anniversary of the Allies victory in Europe. 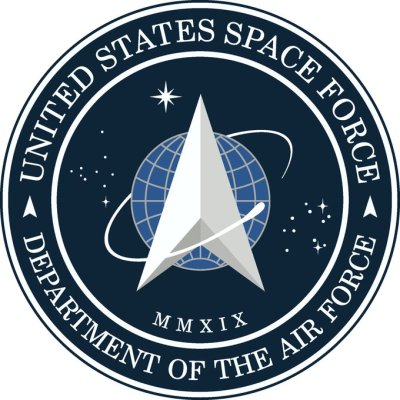 Above: United States Space Force Seal. It was officially unveiled on 24 January 2020.

An abridged version of the Internet article about the June 2019 Coronation Review of the Fleet Commemoration and Anniversary Flight appears on pages 16 through 19 of the December 2019 issue of The Dispatch. (This digital edition link of the print publication was distributed worldwide on Christmas Eve 2019.) 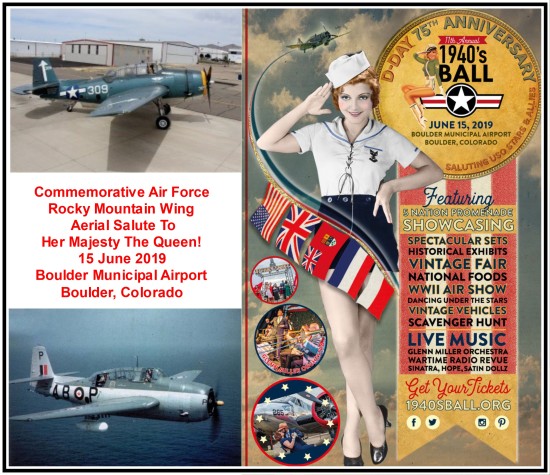 Above: And They Dreamed of the Skies video by James Blondeau, 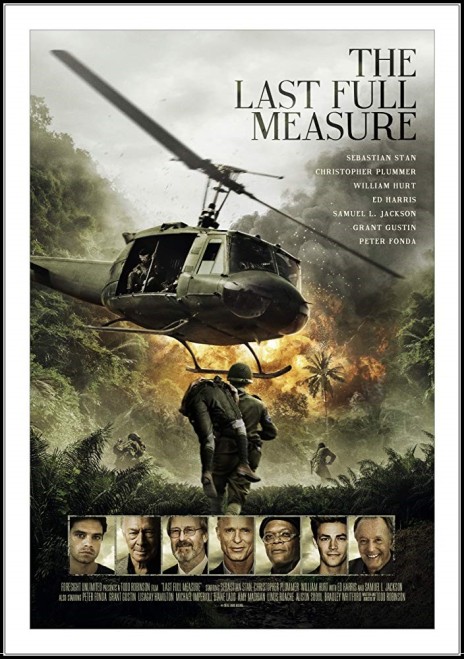 Above: Rebuilding a Handley Page Halifax Heavy Bomber in Canada. 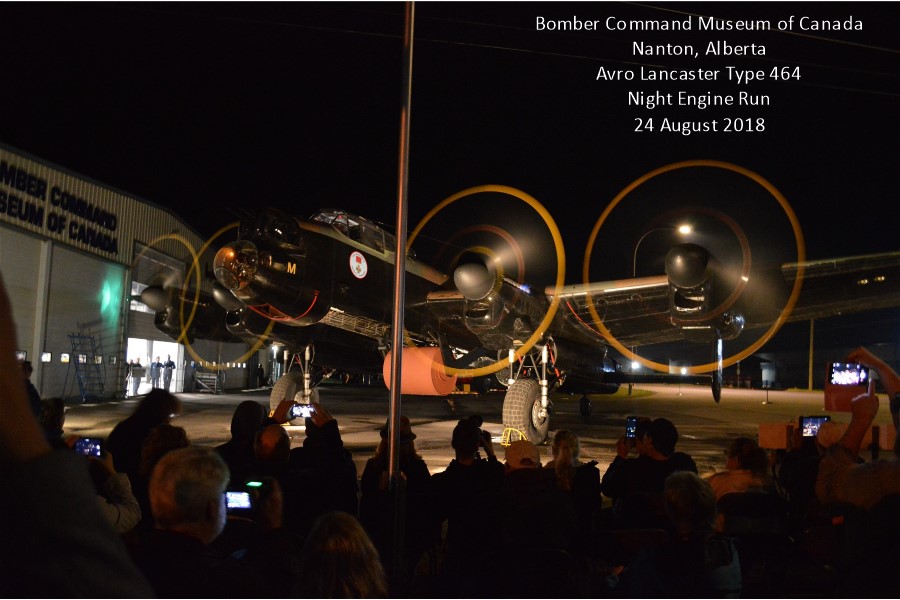 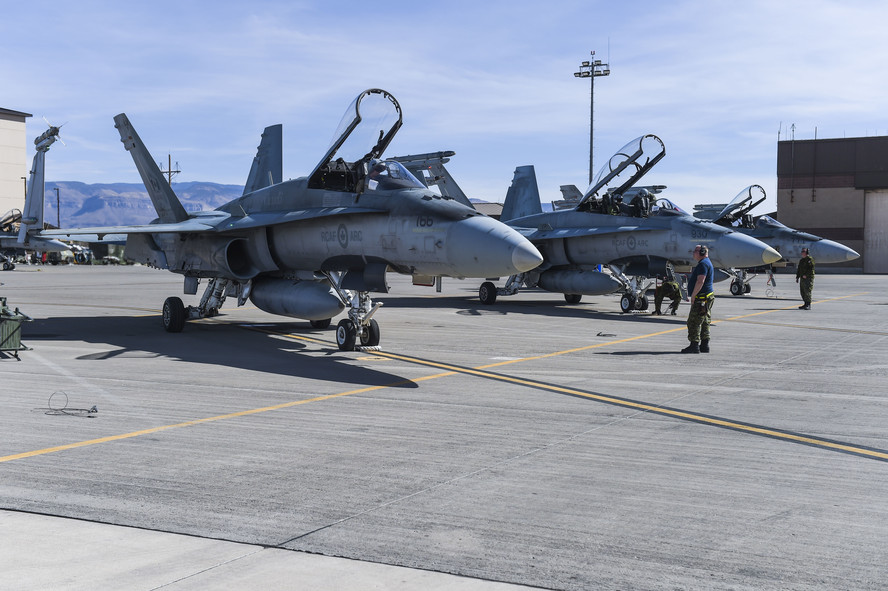 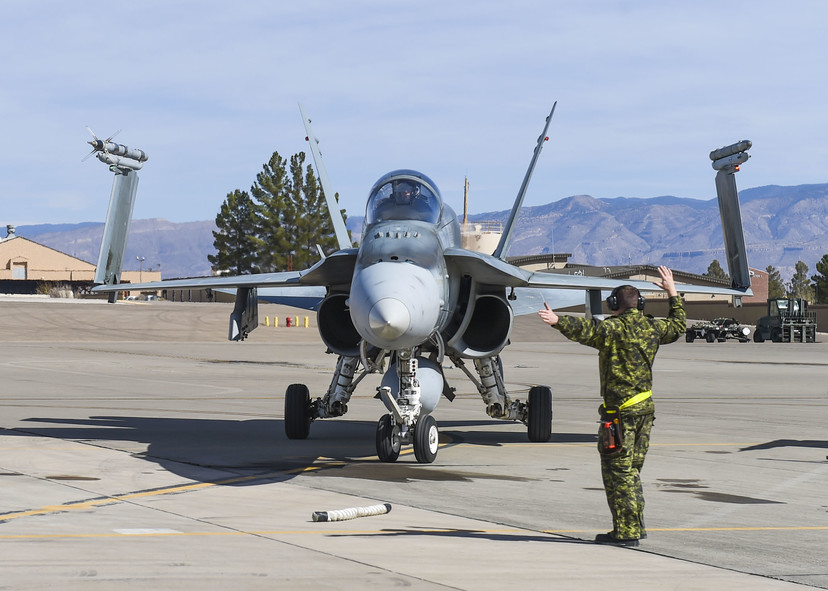 Oh! I have slipped the surly bonds of earth
And danced the skies on laughter-silvered wings;
Sunward I’ve climbed, and joined the tumbling mirth
Of sun-split clouds – and done a hundred things
You have not dreamed of – wheeled and soared and swung
High in the sunlit silence. Hov’ring there,
I’ve chased the shouting wind along, and flung
My eager craft through footless halls of air.
Up, up the long, delirious, burning blue
I’ve topped the wind-swept heights with easy grace
Where never lark, or even eagle flew –
And, while with silent lifting mind I’ve trod
The high untrespassed sanctity of space,
Put out my hand and touched the face of God.