5 November 2016 (Photos added 25 November 2017) | Winter Haven, Florida, USA. An ERCO Ercoupe may not be a Hawker Tempest TT Mk V, Gloster Meteor, de Havilland Vampire, de Havilland Venom or Hawker Hunter, but one of the little aeroplanes sat silently beckoning former Royal Air Force (RAF) fighter, instructor, bush and airline pilot Brian (aka ‘General’) Meadley. She was  sitting on a concrete pad, which is located adjacent to the site where the classic novella Jonathan Livingston Seagull was composed and at the renowned Jack Brown’s Seaplane Base, and seductively sunning herself in the brilliant sunshine. The low-wing, two-seat, monoplane was an intriguing and unfamiliar type to highly accomplished former Royal Air Force (RAF) fighter. Her name was Ila.

Although the RAF had one Ercoupe (Serial Number VX147) on strength (arriving at RAF/MoD Boscombe Down in June 1949) for evaluation during Mr. Meadley’s tenure at RAF College Cranwell, it would be 67 years before he had an opportunity to climb into the cockpit and pilot one. Autumn 2016 brought the realization of that longing. 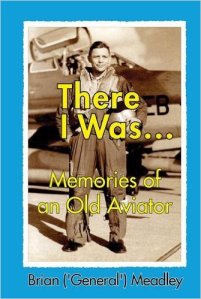 Four years prior to meeting Ila, the quiet and unassuming Mr. Meadley authored an engrossing, entertaining and informative 2012 autobiography titled There I Was . . . Memories of an Old Aviator. He additionally co-wrote From Blue to Grey: Recollections from the RAF Careers and Subsequent Lives of 54 Entry, Royal Air Force College, Cranwell, (1949-1951).

Brian Meadley’s tenure with the RAF was exciting and rewarding. In the early days he daily faced the inherent risks associated with flying first generation turbojet fighters. Notably, within two years of his graduation, four of Brian’s RAF Cranwell classmates had died during RAF service and another two were subsequently killed. This represented a high casualty rate, but the toll was accepted as part of a military jet pilot’s life during the initial decade of the Cold War.

As fate would have it, in early November 2016 Mr. Meadley spotted an Ercoupe parked at Jack Brown’s Seaplane Base and inquired about the possibility of his learning to fly it. 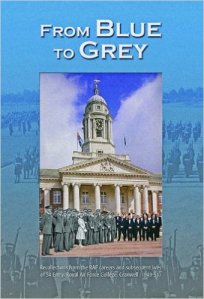 A ride was duly arranged and one beautiful morning in central Florida Brian met up with his orientation pilot, an aviator named John who is fittingly a member of the RAF Historical Society, U.S. Air Force Auxiliary (Civil Air Patrol) and Army Aviation Heritage Foundation.

John pointed out the following: “An Ercoupe was the first type of U.S. military aircraft to fly under rocket power, tests having been held in August 1941, and a few served with the Civil Air Patrol during the Second World War. More recently, until circa 2012, a handful was flown by pilots of the Alaska State Defense Force, which is a component of the Alaska Army National Guard.”

The flying machine Brian would pilot was adorned with the moniker Ila (roughly pronounced “Eee-lee-uh”), which is an Alaskan Inuit word for friend and companion, and an image reminiscent of a young First Nations female from a painting of a Coast Salish tribal lodge interior was featured on both sides of the engine cowling. Brian was informed that the picture and nickname are derived from and inspired by the purchaser’s native ancestry.

After a thorough preflight inspection, completion of checklists, and an engine check, John demonstrated proper takeoff, cruising and stall procedures to Brian. He then turned the controls over to the elder pilot so he could get the feel of the aeroplane.

Little of Brian’s considerable competence, extensive knowledge and experienced was required to handle the docile Ercoupe, for in the latter 1930s the aircraft’s designer (Fred Weick) had deliberately designed the planes to be one of the safest flying machines. In fact, at John’s prompting, Brian noted the placard attached to the panel that stated, “Characteristically unable to spin.”

John noted that stalls were mild in nature, a fact that Brian soon discovered for himself. He trimmed for nose-up flight, pulled the carburetor heat on, retarded the throttle to idle, pulled the control wheel fully back and thereby coaxed the delightful Ila into a reluctant and gentle stall.

After some 30 minutes of cruising over the Florida lakes, scrub and Fantasy of Flight (where on very rare occasions a Short Sunderland and Catalina/Canso may be seen roosting together), John brought the Ercoupe back into the circuit and completed a very smooth landing.

He taxied Ila back to Jack Brown’s Seaplane Base and, upon arrival, had the venerable firm’s aircraft maintenance director, who is also a licensed pilot and very familiar with Ercoupes, accompany Brian for several bumps and circuits.

As John watched the duo taxi from Brown’s parking area to the nearest taxiway, he remarked, “I was pleased to have made a competent landing on the demo flight, considering the man in the cockpit next to me has logged thousands of hours in a myriad of military, commercial and civil aircraft. Flying with Mr. Meadley was an honor and privilege.”

Brian Meadley, possessing the air of confidence gained over almost seven decades of flying, was about to put Ila through her paces. He even made turns and landings with and without the aid of rudder pedals.

Brian was impressed and expressed his satisfaction with the Ercoupe’s performance. In fact on a third flight one week later, with John once again beside him, from KGIF (Winter Haven Municipal Airport) to KZPH (Zephyrhills Municipal Airport) Brian commented about flying the Ercoupe:  “This is wonderful. One could get used to this.”

While chatting northwest of KGIF, Mr. Meadley told John that he never got to fly one of the RAF’s iconic Supermarine Spitfires but had logged hours in Hawker Tempest TT Mk Vs. As Brian remarks in There I was . . . Memories of an Old Aviator (page 56): “The Tempest was, perhaps, the finest propeller fighter ever built.”

Once over KZPH Brian Meadley and John, now serving as copilot, somewhat frustratingly encountered a number of slow ultralight trikes about the pattern. Related to the situation, John said the following to Military Aviation Chronicles: “I rather imagine that the scenario reminded Brian of the situation he endured at RAF Oakington, where pilots flying Vampires at 180 miles per hour had to share the pattern airspace with elementary student pilots operating piston-powered Vickers Varsities at only 90 miles per hour.”

After one bump the duo spotted a Douglas C-47/Dakota sporting a 1944-1945 livery and black and white D-Day Invasion Stripes on wings and fuselage beside a hangar. Brian was familiar, having flown them in the past, with the DC-3 and Dakota families. In his book (There I Was. . . Memories of an Old Aviator, page 181) Brian states that during his first Dakota piloting endeavor the type was “quite a hand full,” but he later mastered the ‘Gooney Bird’ under the tutelage of a colleague.

After the flight Mr. Meadley, who has a cousin that flew for the Royal Canadian Air Force (RCAF), took note of John’s red RCAF Association t-shirt and Bomber Command Museum of Canada ball cap. He spoke gratefully about the often overlooked and sometimes underappreciated contributions and sacrifices of the RCAF and Canadian Army during WW2.

The pair chatted about Halifax 57 Rescue of Canada’s efforts to recover and restore a Handley Page Halifax bomber from beneath the sea and discussed the many Canadians and RCAF-Americans who crewed the large airplanes.

Later, over a cup of coffee on Brown’s screened porch, Brian related a story from his RAF cadet days. He was learning to fly North American Harvard Mk IIBs. One instructor, a Second World War veteran, told the fledgling neophyte that the base commandant, who held the rank of Wing Commander, had summoned him to his office for a rebuking. The senior officer was unhappy over the junior’s propensity to taxi swiftly on taxiways. So on the next flight the spiteful teacher, with Brian in the front seat, took off on the taxiway and landed before reaching the turn onto the active runway. The incident had been a blatant and egregious violation of safety procedure. John remarked to Brian, “I image the Wing Commander had a few choice words about that display!” Brian smiled and said, “I image so.”

Still with coffee in hand, for Brian Meadley it was time to return to work as a seasonal flying instructor at Brown’s. Classes and students awaited him.

Brian had finished his military career by participating as a Hunter pilot in a wing formation flight designed to celebrate the RAF’s 50th birthday. The Ercoupe flights, as interesting and enjoyable as they were, paled in comparison to that aforementioned climax.

Notwithstanding, Brian looks forward to flying the Ercoupe during his next sojourn in Florida and in the interim Ila is again patiently awaiting the return of her new friend.

The author (Susan Gale) thanks Brian Meadley, the staff at Jack Brown’s Seaplane Base and the two experienced Ercoupe pilots. Note: In 2017 Mr. Meadley returned to fly the beloved Ercoupe named Ila.

Meadley, Brian. There I Was. . . Memories of an Old Aviator. Basingstoke: Moyhill Publishing, 2012.